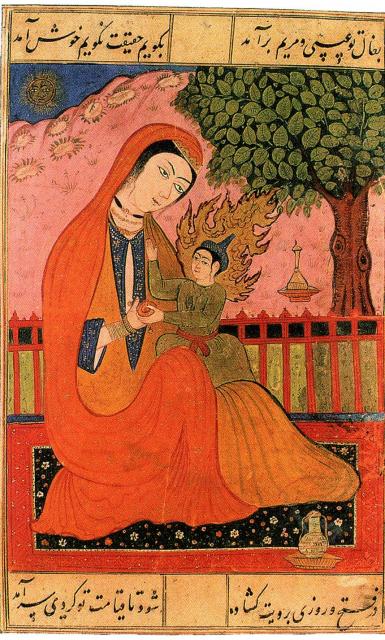 Mary is said to be about 14 years old when the Angel Gabriel makes the announcement that she is to be the mother of  the Most High. Already betrothed to Joseph she is  a virgin  who conceives a child before marriage proper. I don’t need to explain or cite any further because the text is above and by now we know the story.

In Matthew 1:18-24 Joseph Accepts Jesus as His Son after being told by an angel in a dream not to be afraid to take Mary as his wife. Otherwise it may have been a very different result with Mary being stoned for committing Adultery, etc until the birth.

Now, we cannot but help notice that the emphasis falls on the early teenage years of a virgin named Mary  who has no past. Presumably because the Author of the gospel according to Luke does not believe her function  requires one?

A trawl through both the Gnostic Gospels and the Qur’an reveals to us, Mary, from her conception through to the birth of Jesus. The Gnostic Gospel’s most certainly gave Mary her beginnings.

In this text Protoevangelum of James, very nearly made canonical, the life of Mary begins as a lamentation as Anna ( Hannah) bewails her widowhood and her barrenness, Joachim, has gone to fast in the wilderness for 40 days. He bemoans the fact that he is the only one in the 12 tribes not to have Born seed in Israel. Anna prayes for a child in her old age just as Sarah had been given.

An Angel appears to her and she conceives, she vows that the child will be given to the service of God.

And when she delivered her, she said, “My Lord, I have delivered a female,” and God was well aware of what she has delivered, “and the male is not like the female, and I have named her Mary, and have commended her and her descendants to Your protection, from Satan the outcast.”

37. Her Lord accepted her with a gracious reception, and brought her a beautiful upbringing, and entrusted her to the care of Zechariah. Whenever Zechariah entered upon her in the sanctuary, he found her with provision. He said, “O Mary, where did you get this from?” She said, “It is from God; God provides to whom He wills without reckoning.” 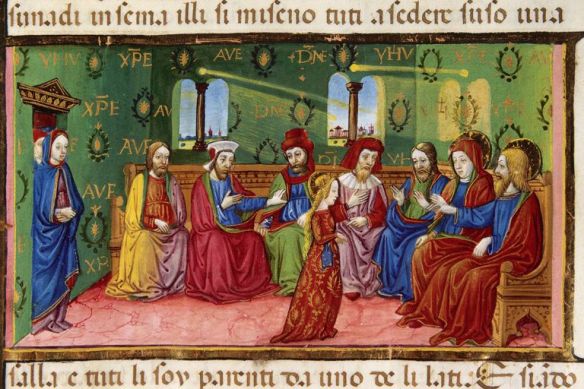 Many of the Practices and Beliefs- Midrash of the Christian Church come to us from these Gnostic Gospels just one of these is the Dedication of the child Mary to the Temple, occurring in the Protoevangelon of James 6-8. and Gospel of Pseudo Matthew ch 6. The Protoevangelon also tells us why St. Joseph is depicted with a staff and a lilly. As does the Gospel of Pseudo Matthew 8 ( This time a dove). 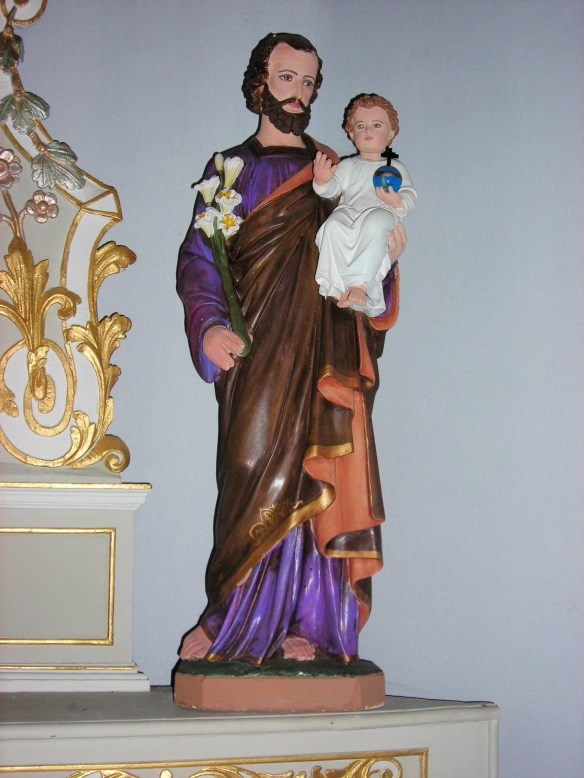