One of the things that continues to surprise me about living and dying is the randomness of it all.  We like to be in control of everything.  And dying (unlike “nature”) refuses to be controlled.  I can do all the “right things” to stay healthy and yet read of another just like me who was snuffed out with no warning or explanation.  In the same way I can do all the “wrong things” and read of another who lives way beyond  expectations.

And then the bible and this taught “absence of concern” for mortal life (so long as my reward is “eternal life” – which more and more seems an odd “transaction” to me).

Just as it was in the days of Noah, so too it will be in the days of the Son of Man. They were eating and drinking, and marrying and being given in marriage, until the day Noah entered the ark, and the flood came and destroyed all of them. Likewise, just as it was in the days of Lot: they were eating and drinking, buying and selling, planting and building, but on the day that Lot left Sodom, it rained fire and sulphur from heaven and destroyed all of them —it will be like that on the day that the Son of Man is revealed. On that day, anyone on the housetop who has belongings in the house must not come down to take them away; and likewise anyone in the field must not turn back. Remember Lot’s wife. Those who try to make their life secure will lose it, but those who lose their life will keep it. I tell you, on that night there will be two in one bed; one will be taken and the other left. There will be two women grinding meal together; one will be taken and the other left.’ Then they asked him, ‘Where, Lord?’ He said to them, ‘Where the corpse is, there the vultures will gather.’ Luke 17:26-37

It means I am no longer interested in my life after this one.  It gets in the way.

Worrying about whether I earned it … still retain it … will it happen today or not in my lifetime … what happens if I die and it still hasn’t happened in my lifetime … what happens if it does and I have it wrong and it isn’t this imagery I have created … ?  I find that a futile way of living.  It is a waste of this moment and the next.  A denial that “God o’clock” exists right now – when a second can seem like eternity or a month pass by in flash.

I wonder – if these verses are close to a transcript – whether the final “Where the corpse is, there the vultures will gather.” Is more an expression of fun-frustration than a factual conundrum to be chewed over for ever.  Like the one I grew up with:

No matter how I live I have no control over when I die.

That’s in the bible as well.

Just as living in the moment is.  Loving unconditionally is.  Not being tied down by the institution of religion as the Pharisees never accepted.  Just as the imagery of mass destruction and ending of life – the imagery of life over death …

The bible has everything anyone could want to chew over – to have indigestion – to suffer stomach acid for a whole lifetime and eternity beyond.  Just as it has this moment of eternity, this moment of selfless unconditional love, this moment of connection to those around me and myself.

We all make choices.

I have made mine. 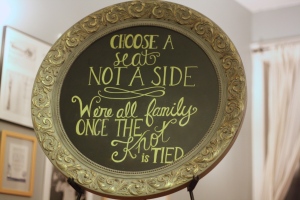