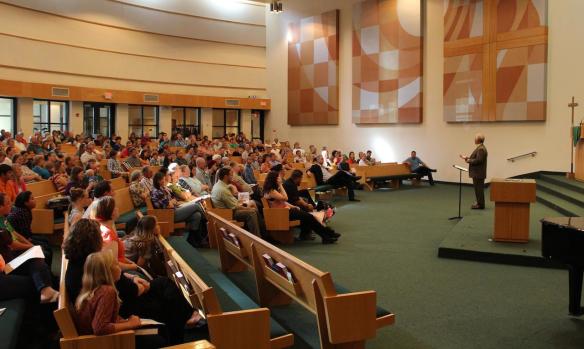 Verse(s) of the Day (9th January 2019)
[Treasures in Heaven] “Do not store up for yourselves treasures on earth, where moths and vermin destroy, and where thieves break in and steal.  But store up for yourselves treasures in heaven, where moths and vermin do not destroy, and where thieves do not break in and steal.  For where your treasure is, there your heart will be also.”   Matthew 6:19-21

For a faith not based upon “earthly treasure”, Christianity seems to be riddled with it.  Relics.  Icons.  Saints.  Saintly Signs.  Miracle-cures.  Touching this or that.  Being close to this or that holy place.  Walking a whole marketed country known as “The Holy Land”.

This from the BBC news website today:  “Black Nazarene: Thousands join annual statue parade in Manila”
“Vast crowds of people have turned out on the streets of Manila in the Philippines for the procession of the Black Nazarene.  Hundreds of thousands of people turn out to see it.  Devotees – who go barefoot – believe touching or being close to the statue can cure illnesses or bring good luck..  Many people bring along their replicas for blessing too.  The Philippines is a deeply Catholic country, and many devotees are prepared to risk serious injury for a chance of getting close to the Black Nazarene.” 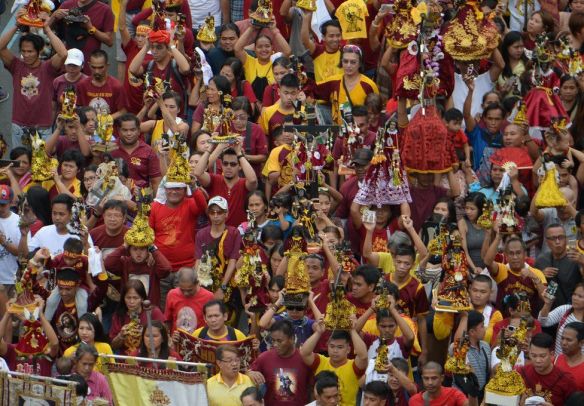 What first caught my attention was the crowds and then the number of “replicas” in the crowds.  Then the belief that “proximity” brings healing – with the same “proximity” bringing un-healing … “The Philippine Red Cross said that by mid-morning they had treated more than 600 people for conditions like breathing problems, fainting and bruises.  Three people were taken to hospital.”

Reminiscent of the “crowds” all the gospels all describe following Jesus … with the same belief in proximity and healing.  Just without the “merch” (unless the bible is even more edited than we have been told).

My “treasure” was playing tennis as a lad.  Then socialising – then adult (alcohol) socialising – then work and being a “success” (or earning more than others) – then being a good husband AND father AND success at work (never quite got the balance there I was judged).

My treasure has changed over the years, but was never about being “deeply religious”.  Religion was for Sundays.

Except on Sundays Mrs Paul got a lie-in.  And I took our children out for some great adventures Mrs Paul would never have allowed.

My “treasure” has always been much more immediate than “deeply religious” could ever be.

For some years now my treasure has become desiring unconditional love.   That is real treasure!

I have found the same with the religious AND non-religious.

Just why does unconditional love sit so uncomfortably?

Maybe because we are taught unconditional love is “weak”.

I wonder … is there really that much difference between the two?

I think my treasure has always been love without condition.  It just took me a while to be brave enough to admit it.  To find the strength that comes from caring less and less what others think.  To put me into the equation.

And – oddly – to find out there is SO MUCH SPACE! 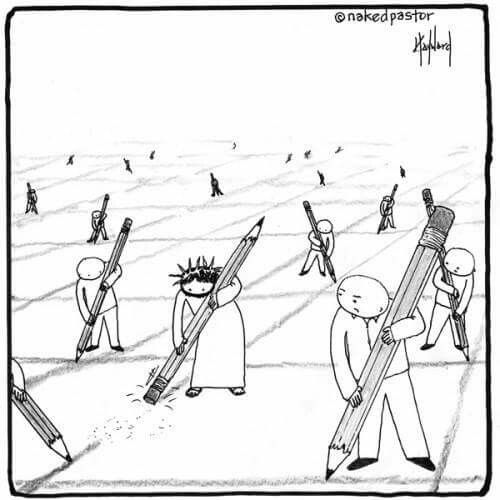 2 thoughts on “A treasure conditional upon others”