“I don’t know how regionalized it is, but where I’m at a cage is what you described, a crate is solid on all sides, except for the door.

I had a professor who told us that (in his opinion) what Jesus meant when he said that the only way to the Father is through him that he was not saying that only Christians could go to the Father, but that only by following his teachings would get us to that goal. Thus, many of those who are not Christian, but follow Jesus’s teaching “as if by the heart”, will be with the Father, while those who call themselves Christians, but fail to follow his teachings, will stand outside watching.”
The Modern Theologian

“A “dog crate” seems to use the word “crate” to avoid using the word “cage”. Guessing that “cage” is a little too “penal” for man’s best friend (or the self-perception of “man” about his behaviour towards “best friend”).

As for the rest – I wonder more and more if we have the same “self-perception language” to “crate” (could we ever admit to “caging”) a God way bigger than any one “religion”.”
It’s for her own good 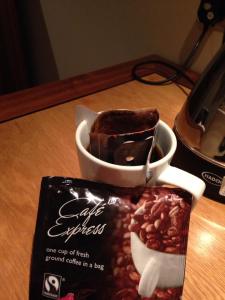 And then Mike wrote this post: “Love Conquers All”
Extract …
“The Christian needs the Jew, the Muslim, and, yes, even the Hindu and Native American. It is only by seeing God in his Infinite Diversity that we can see God in everyone we encounter.”

1 thought on “Crating or caging – a few thoughts …”