The other night we were busy multi-tasking: the tv on, the tablet on, the phone to hand.

Sat next to each other on the sofa.  Satisfied that the clock was (almost) pointing to bedtime.  And then the tv caught my attention.  It was a “soap style drama” – a familiar setting … characters … plot-lines … “comfortable” early evening tv.

One character was being flirted with by another. But the flirtee had problems.  Her daughter had this and the other planned – and the plans were coming apart.  So when the flirter did “the flirting-thing” – the flirtee said, “Sorry – no hanky-panky tonight”.

To which the flirter replied with the list of the flirtee’s arrangements for her daughter – all of which ended at 9.00pm that night.

And the then the flirtee detailed an agenda: an approved and known childminder arriving at 9.30pm at the flirtee’s home, a chic upmarket restaurant booked for 10.00pm for the flirtee by the flirter, and then – after a wonderful leisurely meal – the two of them would go back the to the flirter’s flat for coffee and this “elusive” hanky-panky.

Flirtee’s expression said it all: “Let’s do it!”

All I could think was they were eating a “proper restaurant meal” after 10.00pm and that would take at least an hour-and-a-half … and THEN they were going to have sex on a full-stomach … and probably no earlier than midnight which is WAY TOO LATE for “that” … particularly on a normal-week-working-day!

Mrs paulfg roared with laughter when I told her.

Apparently we used to do that (many years ago)!

“And a time when I wasn’t all “grown-up and conditional”.”
After “the before”
.

There were no “conditions” in my thinking “pre-horrified”.

Just that our lifestyle now sees us both going to bed much earlier AND getting up much earlier.  And after many years together (and many years of “that”) the thought of staying up that late – just for “that” … well it doesn’t seem that important any more.

And I never thought I would ever say that!

Maybe it’s because we have a life full of stuff we never had back then.  A life filled with stuff we never imagined we would have back then.  Back then all “that” determined the day … was always on my mind … and made my world rock AND roll! 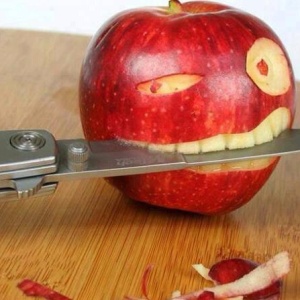 The bible I never thought I would say was not “that important”.  Not important enough to now run my morning “devotionals” … my daily “study” … my “quiet-time” … my morning routine.  I can get to the bible any old-time if I want.  And the stuff in there is good.  But the stuff of living is much better.  And sin that has been a constant companion ever since I was taught I sinned.  Until I was freed from that as well.  And now – no more sin.

Now my life is filled with unconditional love.  With being childlike.  With the being of love.  With a gentler more accepting living and loving.

That’s why I am a crap preacher.

The bible isn’t necessary.  Church attendance and volunteering and diary squeezing and committee joining and budgetary planning and all that “church life” stuff … “that” is not where it’s at for me any longer.  There are no unchurched or unsaved or saved and churched.  There is no right or wrong God according to defended religion and “scripturally correct” faith.  That seems just like all that sexual gratification I used to chase.

Now I have a gentler God.

The being of love without condition.

“Before you made me all “grown-up and conditional”.”

2 thoughts on “Having sex at midnight … Really??”