Wars were something that happened in history books.

Except for nuclear proliferation which was called The Cold War.  And the Cuban Crisis which doesn’t count because no one got killed.  And Vietnam which was wasn’t our war.  And then the Baltics which was (really) someone else’s war.  And now the War on Terror which I am told is my war.  Whose combatants are everywhere I am.   Who are  probably the person right next to me.

If they are a certain colour and culture and religion.

When I was young …  we read George Orwell’s “1984” at school.  It was a study-book.  Left me with a sceptical bone … that “war over there” … “fear over here” … is a great weapon to manipulate my beliefs – my sense of safety – my political and religious allegiance.  That this unspecified but always-on threat to “my” safety … this need for “my” vigilance and “my” tax spending and “my” laws that prohibit their freedom … it’s not about “me” at all.

Now I am old …  wars are everywhere.

Usually “wars by proxy”.  Wars fought by little kids supported and encouraged by big kids.  Big kids who fight a bullying-coward’s war with rhetoric, sanctions, cyber-space,  drones and silent assassinations … Big kids who claim and deny and counter-claim and counter-deny.  Big kids abusing each other.  Little kids sucking-up to big kids and abusing each other.  Kids who avoid direct action unless they have enough other  kids behind them.

Now I am old … we have become a global school-playground!

George Orwell imagined government controlled everything.  George never imagined Google, Amazon, Facebook – all the media companies – doing that instead … that faith, culture, religion, and politics wold become the same thing – interchangeable as a definition of “Us v Them” – but ALWAYS spun as “Them v Us”.

He did however imagine control would become normal and accepted. 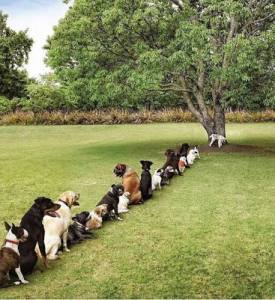 Now I am old … I am not so sure anymore.

Travel to (almost) any country in the world and its inhabitants (almost) always see their own country as worse than mine.  I see our country and its faults – hear lone-voices and the on-message marketing …  I have a sense of fairness that says my country is not fair to all – that not all are welcome – that politicians always think short-term – that big-business finds the lowest common denominator (and the biggest personal remuneration package) – that public service is now tainted with an owed (and unpaid) debt to “the servants” – that all this surveillance hardware/software doesn’t keep “us” safer (nor the protagonists more likely to capture after the event of my demise) – and that our society is not the country to die for (unless we can be convinced that “they” will take it from us).

The light of hope.

It is a light that we all allow to dim too easily.  That we are expect “interchangeable faith, culture, religion, and politics” – the media circus – to give us.  That it doesn’t.  That is dimmed by our toxic one-issue-one-side-me-right-you-wrong “conversations”.  Hate speech it used to be called – now “social-media monitored and moderated” debate as we accept it.

The Greatest of These Is … not of (or in) all this.

The Greatest of These Is … Universal.

Eternal.  Free.  Always personal and duty-free, burden-free, obligation-free, abuse-free.  Readily available without any need to sign a contract of faith, culture, religion or politics.  The greatest of these is … kindness, is gentle presence, is free of fear, is free of storing up “stuff” I must have and protect.  Is free of all the chains of belief that “we” must control – or else “they” will take it

The Greatest of These IS … I am.

And this extraordinary hope.