“For they no longer dared to ask him another question.” 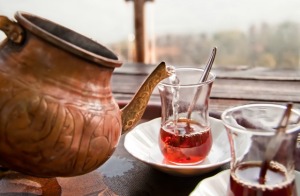 See this Jesus fella is a tricky one to pin down. You could see from his expression that he was waiting for the Sadducees to finish their “clever constructed conundrum”.  You saw that same expression with the Pharisees.  That weariness of “clever” we all thought was the way to go.  The “clever” we all know G-d wanted of us.  But you watch him in action … and now I am not so sure.

He doesn’t take sides, you see.

Well … not unless you call “clever” a side. Then he just demolishes it with finesse and style every time AND uses the scrolls we all rely on to do the demolishing!  How many times did I hear him say “It is written … ” before knocking another one of us “clever” off our preening perch?  The same “It is written … ” that we “clever” had been studying and teaching since time began.  Just he did it differently.

See … you read “The Bible” as you now call it all these two long millennia later and you  think you get it.  You sneer at our “clever” while you chase your own “clever” AND at the same time.

In fact the more I think back not much has changed in all this time: “Clever” still rules – but always “clever” for G-d – not for ourselves.  At least that’s how it begins. And yes, there were some arrogant “clevers” in my time.  Are you telling me you don’t have any pompous prigs around your own Temple Industry today … ?

But this Jesus fella …

THAT’s how he does this G-d stuff differently. Because that’s how we did it – one right and one wrong – one in and one out – just like you still do today.  You tell everyone what they must believe just like we did. But he didn’t.  And that’s what I remember.

And that wasn’t the “clever” we wanted to hear.  I was never taught that was what G-d wanted. G-d was always up there and I was down here. G-d was great and I was not. And “clever” was simply getting closer to G-d.  But his “clever” wasn’t that at all.

I think that was what did it for him.

He didn’t play by the rules.  He didn’t give “the climbers” their expected deference.  And he wasn’t scared.  Not a vibe, not a pretense, not a mask – not anything.  It was like he didn’t care what we did – who we could exclude him from – how many we could turn against him …  And it wasn’t even like he was setting himself up as the new king of the heap either – chasing power just wasn’t in his nature – he was like Teflon – nothing stuck – but in a really good sincere genuine unconditional love kind of way.

THAT was the difference. THAT was something none of us ever did or wanted to do. THAT wasn’t what we were taught G-d was all about.   And you know what makes me chuckle … It’s not what you teach either!

Maybe we are not so different after all! 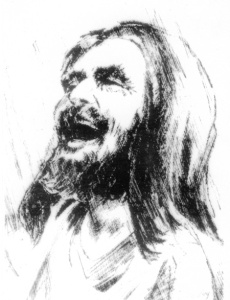