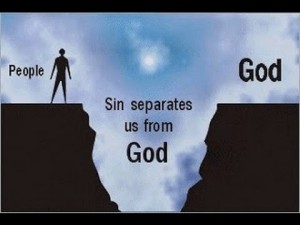 “I am convicted!  Hallelujah!”

Which is just plain weird really!

Because the One who controls everything is in everyone and everything.  Except the bad stuff.  That is the Dark One.

And the Dark One is allowed by the One to control bad stuff.   But we like bad stuff (because we are seeded with “sin” – as long as we control the consequences). What follows is an eternal tug of war between the One (who allows) and the Dark One (who also allows).

Except that we must have control if the One and the Dark One both allow.  Which they do (says the Christian). Which puts The Christian in control.  Not the One or the Dark One.

And if I am in control then why blame the One (or the Dark One) for shit I let happen because I am (really) in control?  And do I need to blame either for shit (that I cannot control) that happens anyway?  And just what is control when we get down to it?

And why do we think control is such a big thing?  And what do we mean when we believe we have given control to The One yet (in reality) the One refuses to take it?  Because the very Being of One (and the Dark One) is not to take control but to allow us control – in everything all the time.

And if I can never give away control (because that gift is never accepted or sought) how might that change this relationship we revere and write in tablets of religion? 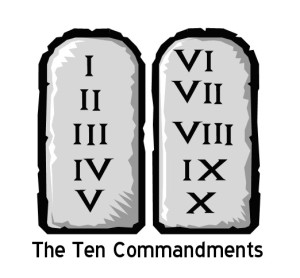 A relationship of Him Up there and Us Down Here.  A relationship so lopsided we might frame it as abusive if applied to real life.  Not abusive from the One but abusive to the One (and the Dark One) by us.

An abusive relationship of transaction.

I gave you control (not) so you give me a reward.  And when you let bad things happen I will blame you (we see darkly is still “blame”).  When I screw up I will blame you because I am a sinner saved by grace (what else do You expect).  And because all the good stuff only happens after I die this world is grim place to suffer until then (because You created it and are in control – not).

And off we go again: spinning in a circle of blame dressed up as religion.

It was a relationship I was taught was right relationship.  So long as it was dressed properly.

And then I found love without condition.

Found that was available now and for ever.

And found the teaching of relationship with One (and the Dark One) needed rewriting.

And have been ever since. 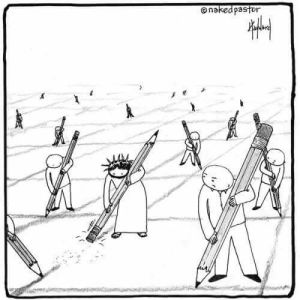