From If the wasn’t any Christianity – 1 by Paul 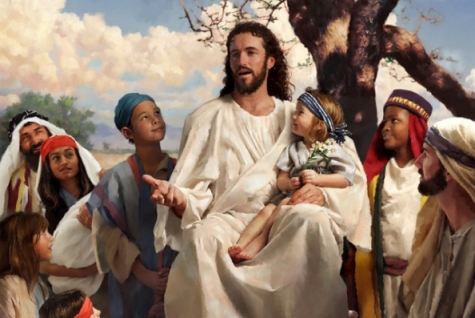 On the presence of Christianity

And what do you see? – Christ asking

I see someone who should, who must, who ought to.  Someone called a “sinner”. Someone tainted for no reason than someone else says so.  Like being black.  Like being gay.  Like being anything that someone disapproves of.  Just in my case a “sinner” because someone says I am.

And I get angry when I see that reflection. I was born an innocent baby.  And I am a granddad now and I have seen innocent babies.  Innocent babies who are the most self-centred, most needy, most demanding, most uncaring of anyone else babies.  Yet all of that and “innocent”.  Not a sin in sight.

I have just read this again and have found some scope for a little bit of mechanics. We seems to be re-examining the relationship between, Sin, Death and the world from the perspective that we, ourselves have created the concepts by interpreting the Word, according to the world. For instance, how should we truly and really, honestly interpret the meaning that the Triune One has given us the position of being viceroys on earth?

Quite recently we have examined Scripture according to our preconceptions and found ourselves lacking in Grace and Hope; Grace and Hope from who for whom, from God for us? And in asking Fr. Google I discover that  Mary is our Grace and hope in Christ. Not God.

Most of what we believe about Jesus’ words to us are reflected from the world its self, preconceived notions of our sinfulness, meriting death ,and even when searching for an answer we discover that the Churchy world has removed the source of any solace from Christ to solace from his mother ( google search). On whose authority I do not know.

Moving on “I see someone who should, who must, who ought to”

Who says we should, we must, or ought to – well it is the world, or those in it, perhaps seeing themselves as experts in the christian Game, guiding young aspirants in the myth that there are certain things that one should do, must do, and ought to do, if they are to be True christians. Laying heavier burdens upon us than the Pharisees did upon the first century Jews.

Born in innocence we are baptised to remove the stain of original sin, who said so? And what was original about it, it was the first and it was a choice, says Scripture, of two people who may not have existed. All our misery depends from this, as some way of explaining why good people always do bad things.

What does Jesus have to say about sin and salvation?

Well not much in his own words only here( say), written by evangelists who may or may  not have been there at the time.

John 3:16ff “For God so loved the world that he gave his one and only Son, that whoever believes in him shall not perish but have eternal life. 17For God did not send his Son into the world to condemn the world, but to save the world through him. 18Whoever believes in him is not condemned, but whoever does not believe stands condemned already because they have not believed in the name of God’s one and only Son. 19This is the verdict: Light has come into the world, but people loved darkness instead of light because their deeds were evil. 20Everyone who does evil hates the light, and will not come into the light for fear that their deeds will be exposed. 21But whoever lives by the truth comes into the light, so that it may be seen plainly that what they have done has been done in the sight of God.   (John 3:16-21)

Before we even read this we have been conditioned to believe we owe a debt of gratitude to the son of God for dying to grant us eternal life. That those who have never heard of him or cannot credit his pedigree are already condemned – before they have a chance to defend themselves. That Jesus is the light of the world from which we hide because we do bad, wicked things. When we have read it we find it has left a sweet bitter taste in our hearts.

And is this  the Truth? That pretty much straight into the business of his gospel John wipes the slate of most of the sons and daughters of God.

Everything we believe we understand from scriptures seems to have the sole pupose of convincing us that we are dirty rotten scoundrels.

We fail S.M.O 101 almost before we are out of the womb – if the truth be told

Because others have conditioned us to believe in a vengeful God who practised the sin of human sacrifice to save his heaps of clay and ashes.

Last Sunday our Pastor referred to John as a waffler hence, perhaps he is the last  one we ought to trust as perveyer of the Word of God. I used the reference because it was one of the first I learnt when I began attending a Baptist church that took remembering Scripture, very seriously indeed. A place where backsliders sat in the Mercy Seat feeling more miserable than before being saved.

Paul’s words are familiar and generally this verse resonates with me yet now the S.M.Os have come to make me resent even as I have loved – these words

In failing the Shoulds Musts and Oughts of so called Christianity I have lost the love with which I loved him, before the world told me what Jesus said.

When I was a wee small child my parents packed me off to Sunday school where they taught me of the wonderful love of Jesus and wondrous stories of him, Tell Me The Stories Of Jesus  I Love To Hear. Then we shall see how they broke  my heart. When they told me what Jesus really said.

Sin, Death and the world from the perspective that we, ourselves have created the concepts by interpreting the Word according to our own ends,

From If the wasn’t any Christianity – 1 by Paul